In December, 1917, tragedy struck Halifax, Nova Scotia. The Halifax Explosion, a devastating event, was one that ultimately left around 25, 000 souls without shelter. A blanket of snow would soon coat the destroyed city, creating a discombobulating sense of calm amid the chaos. A blizzard descended upon Halifax, making life even harder for any survivors that may have been left. Anyone who was able to participated in relief efforts. Help was mercifully arriving from all over North America in the form of goods, materials and medical relief, all of which was sorely needed. Many locals who had avoided injury were lending there homes and energy to those affected and many more people looking to aid the efforts poured in from surrounding areas. One individual in particular, Doug, as he was known, hailed from Windsor, Nova Scotia.

Since shelter was desperately needed, Doug and his crew of men would set about building barracks to keep people from freezing in the harsh Canadian winter. It was cold, difficult work, but it had to be done, and the crew could see that the barracks wouldn’t just be keeping people from getting snowed on; it would keep them alive.

Dougl would periodically write to his wife, updating her on their progress and his health. As the days dragged on and the winter got colder and harsher, his letters contained less and less about his well being and more about the icy chill that had now crawled into all of the men’s bones. Morale was low, and a few of Douglas’s crew began to fall ill. They would shiver and shake, their fevers high and their lucidity questionable at best.

One day, Doug wrote back to his wife claiming that all the men were sick with the exception of the Chinese cook who had been providing everyone with meals. He voiced his concern about falling ill himself before long. Soon enough, it was determined that the men had gotten the Spanish Flu.

Only a week later, Doug’s wife received a telegram telling her to quickly go to the train station to pick up her husband, who was deathly ill. He had, unfortunately, contracted the same disease the rest of his men had caught. Stricken and fearing the worst, his wife rushed to his side, taking him back to their home in Windsor. For a time, Doug was completely emaciated, the Spanish Flu draining his energy and causing him to suffer greatly. Doug’s family was told solemnly that was no hope for their loved one, and he would be just one of the 50 million victims claimed by the disease.

It was difficult to carry on in the face of such a bleak statement, but his family continued to care for him in any way they could. Doug’s mother-in-law, having been raised with the use of old remedies, announced that she would try the very stuff that had cured her of all her ailments as a child; cod liver oil. While it seemed far-fetched that any such thing could bring a man back from the brink of death, there were simply no other options.

So they fed Doug cod liver oil, praying he would somehow be spared from the harsh influenza ravaging the globe. At first, the situation remained dire…but just as it seemed the shadow of death had finally descended upon the family, Doug’s condition showed the tiniest bit of improvement. The days flew by as he regained his strength, shaking off the grip of the deadly disease. It was by some sort of blessed miracle that he was alive, claimed his wife. Not his mother-in-law, no, she did not agree. It was no miracle. It was her trusty cure-all cod liver oil, which had left her satisfied once again. Doug and his family would swear by the cod liver oil that had presumably saved his life for the next two generations. The end had been nigh for Doug, until he was met with the sure cure of cod liver oil…

(A true story shared with me. I’m sure a lot of people can remember when they had to take cod liver oil…) 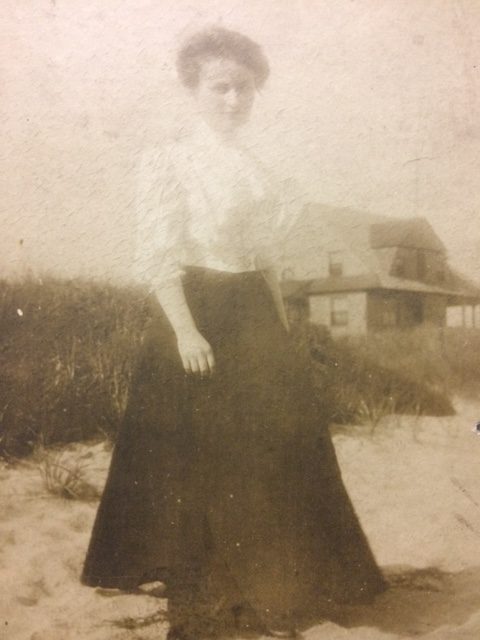