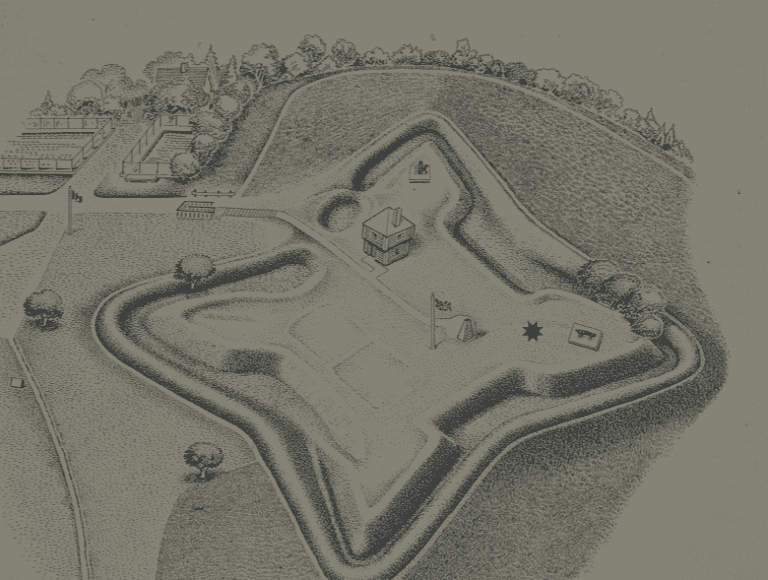 West Hants Regional Council is considering rezoning the land adjacent to the historic property of Fort Edward, to allow for residential development. The WHHS strongly believes that this land should remain in public hands.

Help us protect this property

Public land adjacent to the Fort Edward Blockhouse has historical roots that include the Mi’kmaq, Acadians, military, and the Agricultural Fair. The West Hants Historical Society is working with the West Hants Municipal Council to reimagine a use for this now vacant land which will attract visitors, interpret our history, and provide recreational opportunities for citizens.

In 2021, a local community member alerted us to a potential development concern adjacent to the historic Fort Edward grounds. This page is to provide the information collected by our Society, and to illustrate why we are against the proposed rezoning of the adjacent land from Public Use to R2.

The West Hants Historical Society wants time to collaborate with stakeholders in drafting a plan to transform the vacant lot next to Fort Edward into a community focal point that leverages the Fort Edward National Historic Site as a place for community to gather, learn, listen and reconcile. If the Historical Society can’t pull a plan together, all we have lost is a few months. But if we don’t at least give this a chance, we have lost so much more. We only have a small window of opportunity to help make this happen.

How can I send an email to all Council members at once?

The easiest way to contact all council expressing your support for pursuing the sale of these properties is to email allcouncil@westhants.ca.

How can I send an email to my own Councillor?

You can also email specific Councillors. Their contact information is listed on the West Hants website here: https://westhants.ca/mayor-and-council-contacts.html

Help us spread awareness of our campaign to prevent the rezoning of the lands around Fort Edward! Join the community Facebook group, send letters to your local media outlets, contact your local Councillors, and share with your friends and contacts.

Email template for public use

We encourage everyone to send their own emails or letters, using your own voices. The template provided here is simple and short. You can copy and paste the words below into your own email, and sign with your own name:

Dear Council, I am writing this email to express my opposition to the rezoning and sale of the vacant land adjacent to Fort Edward Historic Site. I encourage Council to retain the land as Public Use, and to allow the West Hants Historical Society time to present an alternative plan for the site as a community focal point to gather, listen, learn and reconcile.

You may also choose to send your own copy of Gary Nelson’s letter to Council from Jan 23, 2022. That letter is found in the next tab.

I'd like to use a more detailed letter template.
To: The Mayor, Deputy Mayor and Councillors of the Regional Municipality of West Hants
Re: Former Swimming Pool Lands adjacent to Fort Edward
Dear Mayor, Deputy Mayor & Councillors:
This letter is to express my concerns with Council’s consideration of rezoning the land adjacent to Fort Edwards. The points below are copied from a letter sent to you by Gary Nelson of the West Hants Historical Society. I share the concerns listed by Gary in his letter, as follows:
• the lands in question are of great historical significance – they are the original site of North America’s Oldest Agricultural Fair and remained the site of that Fair for nearly 200 years (1765 – the early 1950’s)
• these are the only lands in North America that can make that claim and are unique in that regard
• since that date of the first Fair, and certainly since the Royal Charter of 1766, these lands have always been designated and used for public purposes – first for markets and fairs and then as a community swimming pool
• these lands were a part of a larger property that was of importance to the indigenous people as a gathering site, later as a trading post, a religious site for the Acadians, one of the first English fortifications in Nova Scotia, roles of varying significance (some more important than others) during the “Le Grand Dérangement” (Expulsion of the Acadians), the U.S. Revolutionary War, the War of 1812, the American Civil War, home of the 84th Regiment of Foot which for a winter (c. 1778) included the Scottish heroine Flora MacDonald, training and encampment of soldiers during World War I including the Jewish Legion and the Newfoundland (then a separate dominion) regiment and thus has untapped appeal for interprovincial and international tourism, historians and visitors
• the construction of up to 22 residential units in 3 storey buildings on about an acre of land would mean one of the highest population densities in the Municipality next to a National Historic Site – Fort Edward, the oldest surviving Blockhouse in Canada
• such residential unit buildings would not be in keeping with or complimentary to that National Historic Site and would undoubtedly have a negative impact on that Site
• any such diminishing of this National Historic Site would make it less attractive to tourists and visitors thus also lessening the chances of it being improved
• access to these lands is by a narrow and underdeveloped street (Cobbett Street) that at present would have difficulty handling the additional traffic resulting from such a development, and/or a right-of-way negotiated from Parks Canada, neither of which would be ideal or desirable, either by the public or the developer, for such a development
• neighbouring properties would be negatively impacted by such traffic and parking requirements as well as during any construction period
• from the correspondence that we have received and/or had access to, as well posts on the “Stop the Rezoning on Fort Edward Street” Facebook page (which I would recommend that any of you who have not viewed that page, do so – social media today is the public’s voice), it appears the majority of the general public that are aware of this proposed re-zoning, sale and development are very much against it, and there have been recent examples of governing bodies that go against the will of the people, do so at their peril
• every step in the process of re-zoning and subsequent sale of these lands makes it more difficult and less likely that the process will be halted at any point
• by re-zoning at this time, it would appear to the general public, as well as to the prospective purchaser, that the proposed sale is a fait accompli and thus inevitable, without the input from the public and other interested parties like the West Hants Historical Society being considered
• the re-zoning is not necessary if the stakeholders in these lands (the indigenous people, Acadian organizations, the African Nova Scotian community, WHHS, Parks Canada, Provincial Heritage Department and other heritage groups) are able to propose an alternative purpose acceptable to Municipal Council and the public
• such alternative use would compliment the National Historic Site and its historical significance to these stakeholders, enhance the appeal of West Hants Regional Municipality for tourists, scholars and visitors as well as be in keeping with what the general public wishes for these lands
• there are presently other developments in progress and lands available for residential housing in the area without sacrificing these historically important lands
As Vice-President of the West Hants Historical Society and a resident of West Hants, I urge you to vote against the proposed re-zoning and subsequent sale of these lands until the stakeholders have had an opportunity to propose a responsible and historically sensitive alternative.
Respectfully submitted,
[ your name ]

The West Hants Historical Society has compiled these resources here for public use. 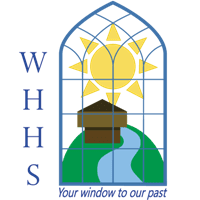 Dear Friends, We need your help. The West Hants Historical Society needs your ideas for the land near Fort Edward. Although the Municipal Council has … 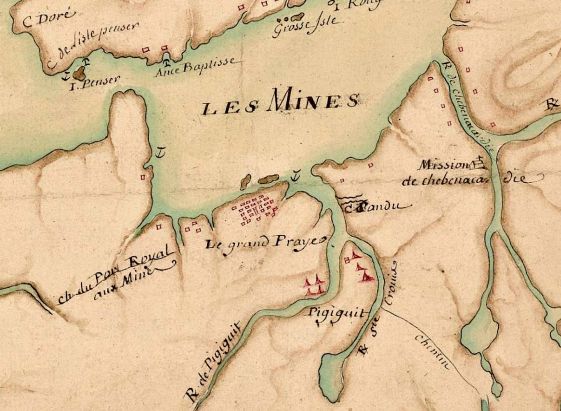 Article on Halifax Examiner by Yvette D’Entremont, March 23, 2022. Click here for original article. The organization representing the province’s Acadians says outside momentum against the possible sale of municipally-owned lands adjacent to Fort Edward National Historic Site is growing. “This has attracted lots of attention. We hear that there is a petition starting from …

Article on Saltwire by Carole Morris-Underhill, March 21 2022. Click here for original article. Council to take outing to site in question WINDSOR, N.S. It appears West Hants councillors will soon be taking a field trip to get a better understanding of Fort Edward National Historic Site’s view planes. A special council meeting was held …

Article on Saltwire by Carole Morris-Underhill, March 15 2022. Click here for original article. WINDSOR, N.S. – Buried underneath the oldest wooden blockhouse in North America lies the ruins of a church that was destroyed to make way for a military encampment. Dating back to the 1700s, Fort Edward National Historic Site in Windsor is …

This Phase 1 Archaeological Resource Impact Assessment was completed February 23, 2022. Click here to see the summary and to review the pdf report.

Video: History of the Avon Valley

This 36-minute documentary by Timothy Reed, with narrative accounts through the eyes of local historians, is available on Vimeo.

How You Can Help

The WHHS is collecting public feedback to present to Council. You are welcome to email us!

Council needs public input so they can make informed decisions. Consider sending a letter or email to your local Councillor.