for the West Hants Historical Society

In 1996, ground was torn away to construct a residential subdivision in Falmouth, Nova Scotia. When going to work that morning, the bulldozer, and backhoe drivers were not expecting what the day would bring them, which included over 200 human bones.

Many individuals are familiar with the tragic history of the Acadians and their expulsion in 1755, but many do not know the amazing history before that. The French Acadian settlement of Pisiquid was incredibly large, as it included the areas known today as Windsor, Ste. Croix, Newport, Martock, Windsor Forks, Upper Falmouth, Falmouth, Mount Denson, and Hantsport. There is evidence of conflict between the Falmouth and Windsor sides of the Avon River, because they both wanted the location of the parish church to be on their side. This resulted in the emergence of the east and west sides as their own parishes, instead of the two sides joined in one. The Falmouth parish was called Sainte-Famille, and included many different families, churches, and a cemetery. The cemetery was most likely used from 1698, to when they were expelled from their homes in 1755. This cemetery was forgotten overtime as the British took over the lands, which lead to the unearthing of the unmarked cemetery and the human bones in 1996.

Â Â  Jonathan Fowler saw this unfortunate mistake as an opportunity to give back to the descendants of the Acadians who were expelled from the lands in 1755.

When the bones were exposed, anthropology students from Saint Maryâ€™s University were called in to carefully excavate, and study the individual. After four years, the remains were given back to the grounds from which they came, but unfortunately there was a mistake made during this process, and a drawer was forgotten. Jonathan Fowler, an expert in the subject of Acadians, heard about the drawer full of bones, and was excited to examine them when returning to Nova Scotia in 2005. When Fowler was finally able to see the drawer, it was much more than he had imagined, because it was the skull bones of an actual child from the world of Acadie.

Jonathan Fowler saw this unfortunate mistake as an opportunity to give back to the descendants of the Acadians who were expelled from the lands in 1755. With the technological advancements, there was a way to bring the skull bones to life, and give the Acadian child a face with 3-D facial reconstruction, which can produce a 3-D image from a skull, that may resemble the individual to which the bones belong. Working with forensic specialist, Tanya Peckmann, and archaeologist Talva Jacobson, they were excited to begin planning and mapping the skull bones to generate a 3-D facial reconstruction of the child. Being a forensic anthropologist, and working in the field, Peckmann had experience estimating sex, age, ancestry, pathology and trauma of individuals, which was an important part of reconstructing the face. Jacobson had experience working on facial reconstruction, as she studied alongside forensic artists within the Canadian police forces.

Acadians today are now able to look at the 3-D facial reconstruction, and see a possible real ancestor that lived in the Sainte-Famille parish.

The project began by cleaning the skull, so that it could be mapped, and tissue depth markers could be created. Creating a map on the skull is important so that core features can be identified, such as the eyes, nose and lips. This is a very precise and complicated process, which includes a great deal of trial and error. In order to create a 3-D facial reconstruction of an individual, a cast of the skull must be made, and unfortunately initial attempts to cast the Acadian child skull failed. Jacobson used silicon materials, that sculptors practice with, in order to make a complete and useable cast for the project. The process of creating the facial muscles that support the eye sockets, nose, and mouth, took four years to complete, because such great detail must be implemented when mapping out the characteristics and distinguishing features of the childâ€™s face. Traces of brown hair were found in association with one of the skull bones, and a set of artificial hazel eyes were donated, so the reconstruction was coming together. The efforts to estimate and determine the sex of the Acadian child, using both the hair samples, and methods involving the teeth, were not successful, because sex estimation among sub-adults is still a huge limitation within the bioarchaeological field, as children have not reached full sexual dimorphism (differences in the skeleton based on the sex of an individual). The child was given a gender-neutral hair style because the sex was not determined. Age estimations were completed on the child, which confirmed that they died between the ages of six and eight years old.

Â Â Â Â Â Â Â Â Â Â Â  Fowler, Jacobson, and Peckmann spent 15 years bringing this individual to life, and there are many Acadian descendants who are extremely grateful for all of the hard work that was put into the project. It is certainly the only representation many have pre-deportation, as so much Acadian culture was lost when the British invaded their lands. Acadians today are now able to look at the 3-D facial reconstruction, and see a possible real ancestor that lived in the Sainte-Famille parish (Falmouth area today).

West Hants Regional Council is considering rezoning the land adjacent to the historic property of Fort Edward, to allow for residential development. The WHHS strongly believes that this land should remain in public hands. 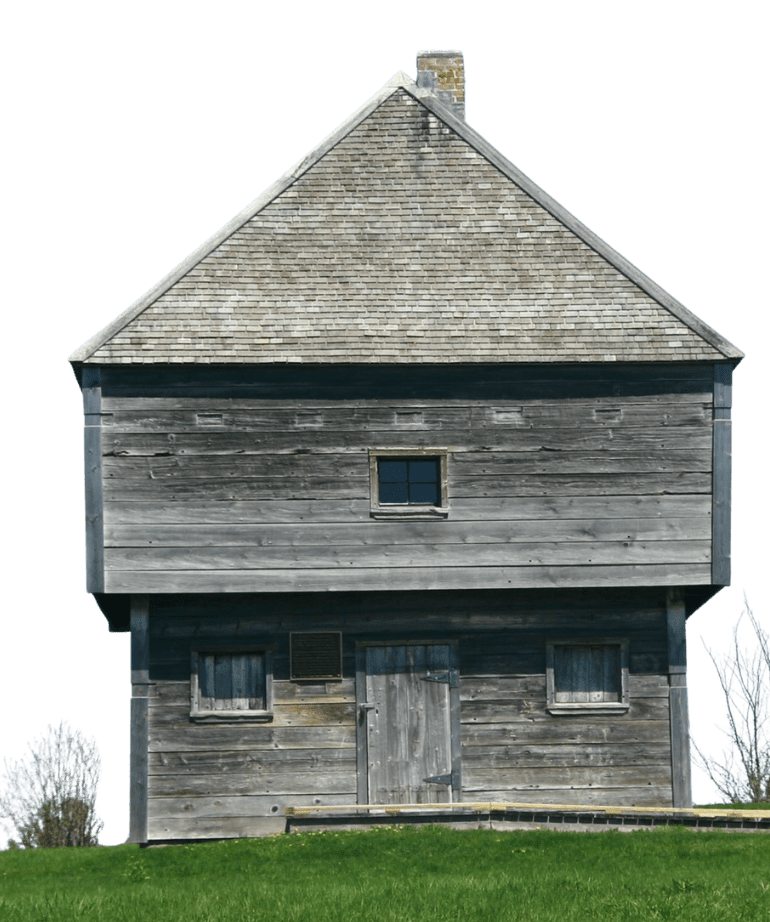